The Journey of a Champion

The Journey of a Champion:  Officer Cadet 29199 Hannah Lee and her quest for Gold

What makes a Champion? Is it how many hours you log training? Is it a show of your determination? Is it how much you are willing to sacrifice to achieve your goal? Is it your passion for your sport, or your willingness to learn?

“Choosing which education pathway I wanted to follow after high school, and deciding which career I wanted to pursue was not a light or easy choice for me to make. However, as I explored the wide range of available options, I discovered the tremendous advantages of joining the Royal Military College of Canada (RMC) which intrigued me to learn more about the institution and what it means to be a part of the Canadian Armed Forces (CAF). Having my sister, 4th year OCdt Kara (Dagyeong) Lee, 27945, advising me on the benefits of a military education and career was invaluable for me in making the choice to attend RMC and becoming a member of the CAF.

One thing that resonated with me was the four pillars- academics, bilingualism, military and physical fitness- required of undergraduate students during their time of study. Understanding that RMC, unlike any other university, is designed to help students build a strong foundation in leadership, it became clear that I wanted to take on this new challenge in the next chapter of my life. More importantly, I knew that by attending RMC and joining the CAF, I would be able to do something meaningful and impactful in the world with a supportive and positive network of the military community by my side.

This journey, so far, has been very challenging and rigorous. In that it constantly pushes me past my limits and beyond what I thought I was capable. However, I am very grateful for all the support and opportunities that have been provided to me along the way, as I am able to continue to pursue my passion in Taekwondo while also achieving my goals in the RMC four pillars and other areas of expectations at RMC.” – OCdt Hannah (Jieun) Lee 29199

OCdt Lee is currently a first year Officer Cadet at RMC and has exhibited excellence from the start. She recently achieved the highest first year PPT V2 score in the college wide physical fitness test and has also excelled academically and in her French language proficiency. While excelling in the four pillars of the college, Hannah, has also dedicated her time and energy to train at a high performance level in Taekwondo. Being on the winning team at the Canadian national championships, while representing RMC and the CAF as part of the Canadian national team at the World Championships, will promote excellence among her fellow Officer Cadets but also promote RMC and the CAF within the Canadian Taekwondo community. – Director of Athletics Darren Cates

“As the head coach of the RMC Taekwondo team I was very excited, after recruiting OCdt Lee for the year prior, to have such an accomplished athlete and student attend RMC this year.  Hannah has been training hard for the last three years and has had marked improvements over the last year culminating with her performance at this years nationals.

It is quite rare for a Taekwondo club to have three high performance females to put together a Poomsae (Patterns) team to compete at the national and international level.  We had the opportunity to put together a “dream team” this year with Hannah joining Justina Yu from Toronto, a multiple national champion and world champion silver medalist, and Brienna Mei from BC, who also finished in the top 5 nationally this year in the individual category.

They all got together over the winter holiday break and had two weeks of grueling training sessions in Toronto.  Although they did not have much training time together and this was their first time competing as a team they had an exceptional gold medal performance.

Hannah will continue to train with her RMC teammates for the remainder of the school year but we also plan to have weekend training sessions with her Canadian national teammates as we move closer to the world championships in May.

Both OCdt Lee and I would like to thank the RMC Foundation and all its donors for their continued support of the RMC Taekwondo team and for their financial aid in allowing Hanna and I to attend the world Taekwondo championships. As Hannah is only in her first year at RMC, we look forward to sharing more fantastic results with you in the near future.” – Joel Ridley RMC MBA G5569 RMC Taekwondo Head Coach

OCdt Lee has been training in Taekwondo for over twelve years and competing at the high performance level since 2017.  Some of her previous provincial, national and international results in Taekwondo are as follows: 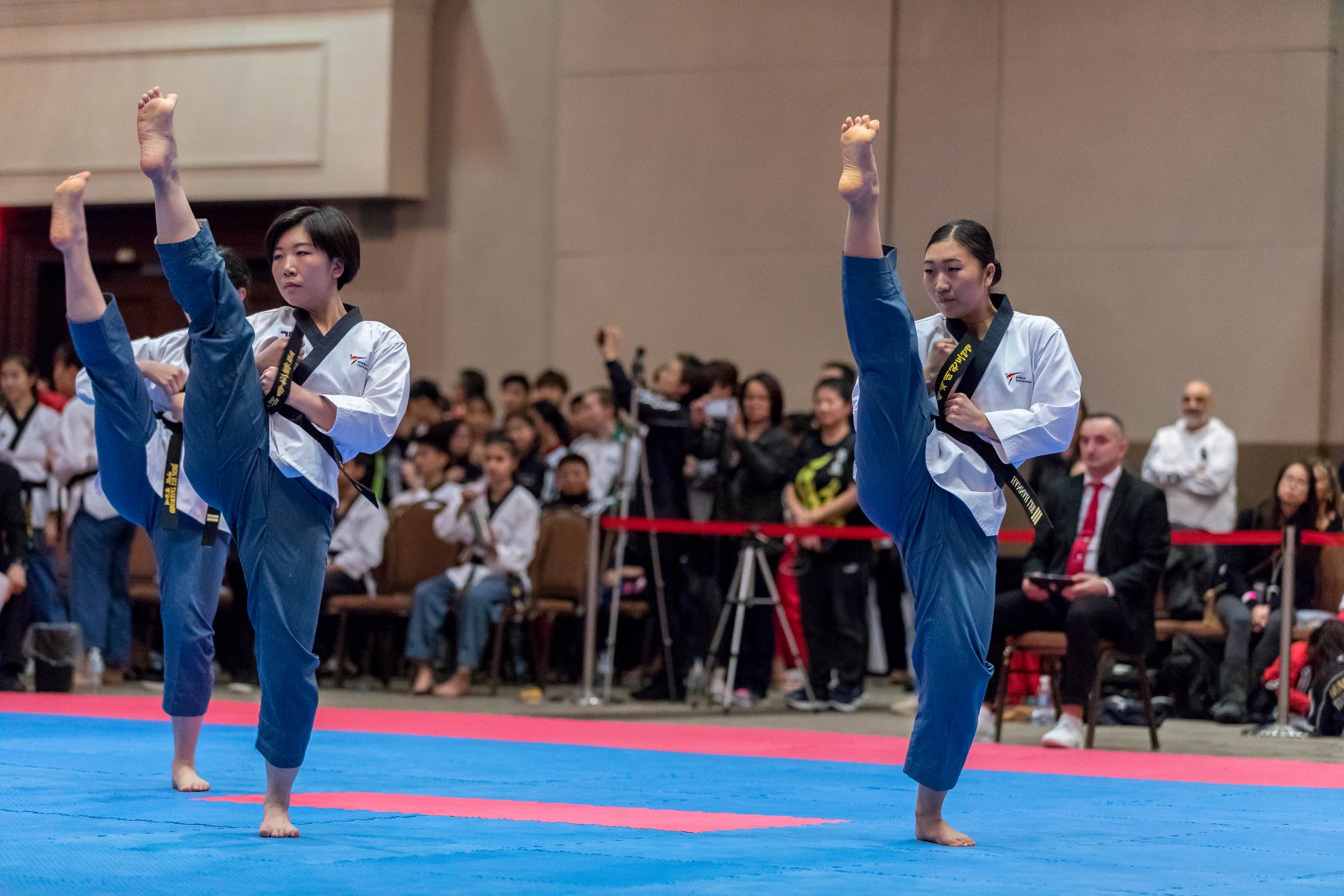 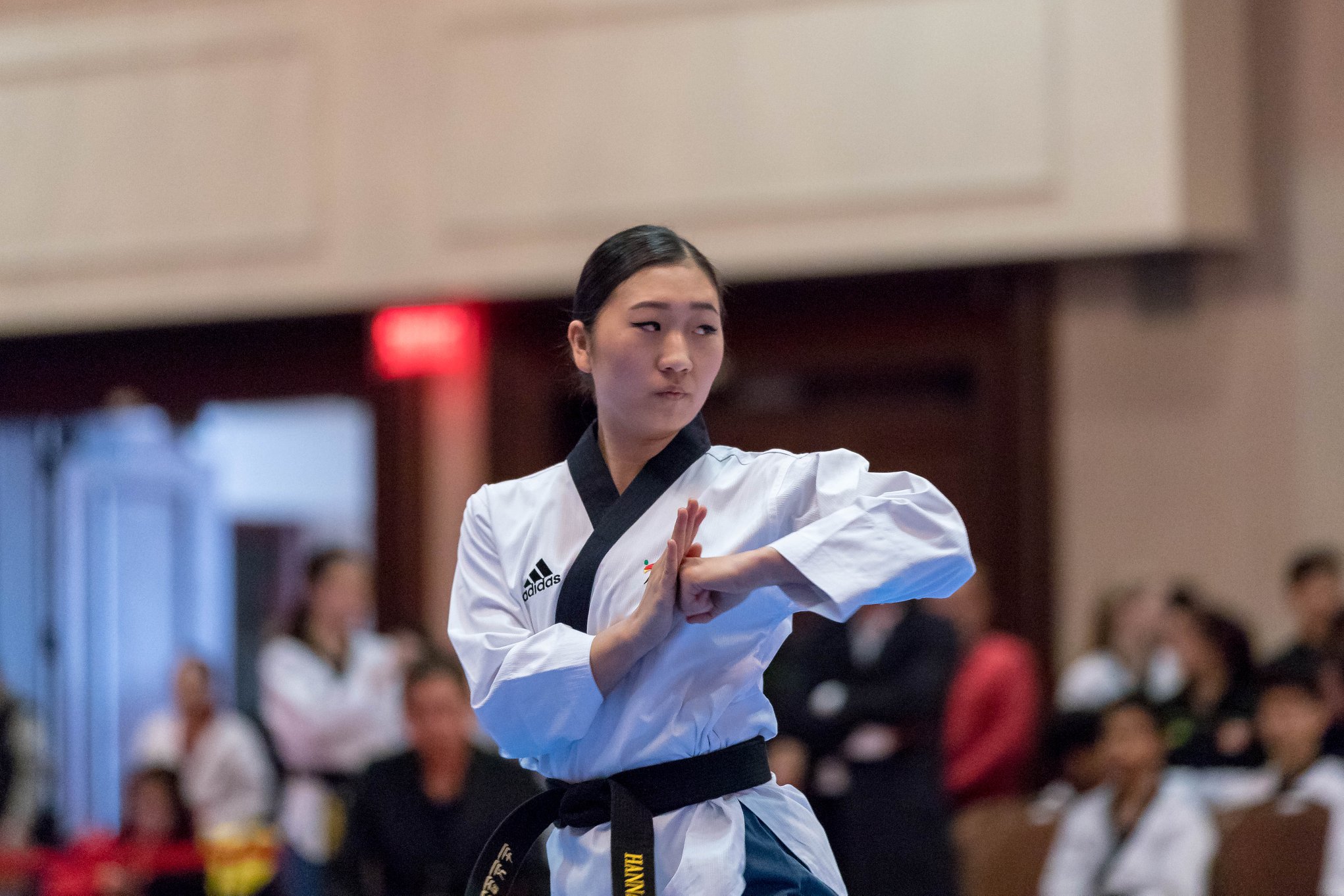 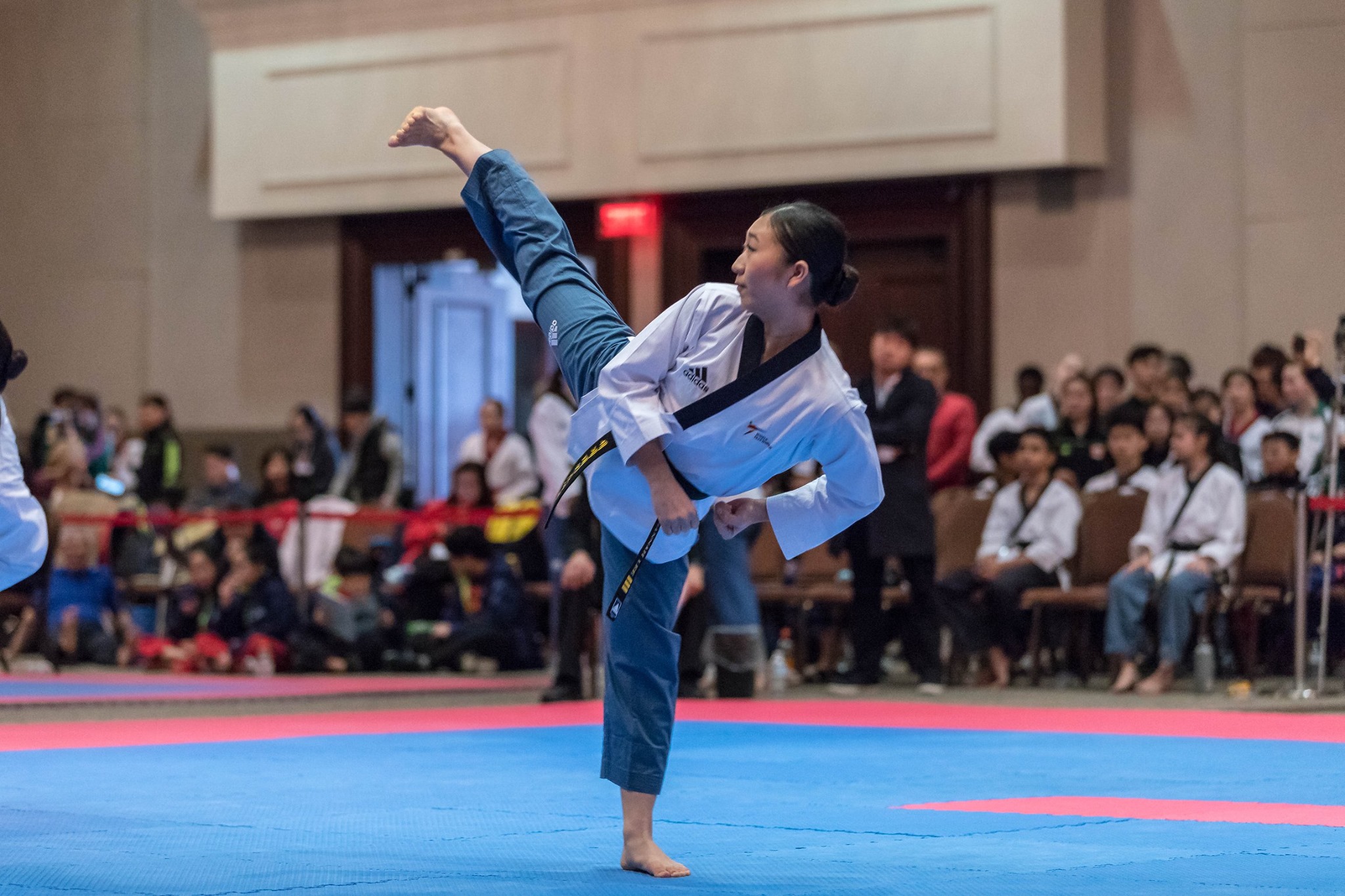