The Royal Military Colleges of Canada Alumni Association Inc. is delighted to announce the following appointments to our Board of Directors. We welcome 14987 David J. LeClaire, 11620 Francois Bureau, 20378 Matt Pearson, 18021 Michèle Mullen, 16454 René Lafrance, and 13884 Thomas Jarmyn to the board.

These highly accomplished individuals and proud alums will join our talented and dedicated Board of Directors in advancing the key objectives of our Association: to enhance, preserve and promote the experience, history, traditions and culture of the Canadian Military Colleges and all associated stakeholders. 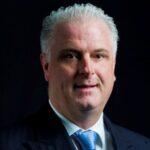 Upon leaving the Army, he embarked on a 24 years global consulting career in Defence, Public Safety and Security, Supply Chain, Digital transformation and Postal sectors. He first joined Andersen Consulting in Ottawa, renamed Accenture in 2000 where he was promoted to Associate-Partner leading the formation of the supply chain competency group within the Canadian Government practice as well as becoming the practice lead for Defence in Ottawa.

In 2002, François joined CGI also in Ottawa as Senior Account Executive and Client Engagement Director. He led numerous account teams delivering consulting, system integration and outsourcing services to some of the largest departments, agencies and Crown Corporations within the federal government. He joined DPA in 2017. Francois has been a member of the board of the CMR Ex-cadet foundation for over 10 years and became President of the Board in 2021. 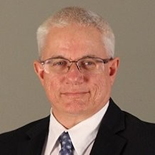 Upon leaving the Navy, he was called to the Nova Scotia Bar in 1995 and practiced law as an associate and partner with Burchell MacDougall in Truro and Wolfville, Nova Scotia until 2003. Mr. Jarmyn relocated to Ontario in 2003 and became a member of the Law Society of Upper Canada and carried on a commercial and administrative law practice. He worked in the Office of the President of the Treasury Board during the implementation of the Federal Accountability Act and then as Counsel to the Minister of Public Safety.

In 2014, he returned to Veterans Review and Appeal Board as deputy chair and was the chair of the board from April 2015 to July 2018. He was appointed as Police Commissioner of Prince Edward Island in October 2018 and became Director of Legal Services for the Government of PEI in December 2020. 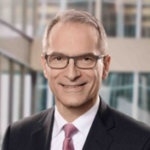 René culminates over 33 years of business leadership experience in the private and public sectors, spanning various industries including defense, telecommunications, finance, and central banking. He is currently the Senior Director of Financial Operations for the Bank of Canada, and oversees the accounting, policies, and reporting of the Bank’s financial statements. Mr. Lafrance volunteers his time with organizations that support the military, veterans, and mental health. He is a member of the Finance and Risk Committee for the True Patriot Love Foundation, participates in fund raising for the annual Royal Ottawa Leader’s Breakfast for Mental Health and is the treasurer of RMC Class of 1988 Accumulated Fund. He is also the executive sponsor and founder of the Canadian Forces Veterans Community of Interest at the Bank of Canada. Mr. Lafrance graduated from RMC in 1988 with a Bachelor of Electrical Engineering and is a certified member of the Professional Engineer of Ontario (P.Eng.), a certified Project Management Professional (PMP) and a Chartered Professional Accountant (CPA, CMA). 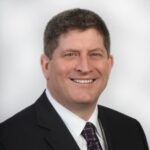 David is a graduate engineer of the Royal Military College of Canada and served as an Officer in the RCN aboard Her Majesty’s Canadian ships and submarines until 1994. He earned an MBA in 1996 and began an institutional financial services career and held increasingly senior positions with RBC Capital Markets, HSBC Bank USA, and Dundee Securities.

David is a Director of Chibougamau Independent Mines and a member of the Board of Governors of Trails.  He makes his home in Aurora, Ontario and is the proud father of two exceptional young men. 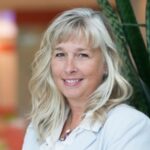 Michèle attended RRMC from 1987-1991, and graduated with a Bachelor’s Degree in Applied Military Psychology. She served 13 years in uniform as an Air Transport & Movements (Logistics) Officer, but pivoted her career to a role as a Software Development Project Manager in her final years of service as she delivered the Fleet Management System (FMS) for the CAF. That pivot lead to post-graduate studies in both Business Technology and National and International Security, and eight years in the private sector delivering various technology projects followed by fourteen years at the Communications Security Establishment as an Executive in various roles including Director of the Canadian Special Liaison Office in Washington DC, Executive Director of the Canadian Committee on National Security Systems (CCNSS) and most recently Director General of Partnerships and Risk Mitigation at the Canadian Centre for Cyber Security. Last month Michèle returned to DND under ADM(IM) where she will deliver the large portfolio of Satellite Communications Projects for the CAF, including the in-service support for all existing SATCOM capabilities. Matt is a Partner at Ernst & Young LLP, where he leads the Technology and Financial Services sectors for EY’s Business Incentives Practice.  His team assists a wide range of companies seeking new financing to grow their operations or fund their R&D activities in Canada.  Prior to EY, Matt was Vice President of Technology at a telecommunications company that he co-founded and helped lead for nearly nine years, and helped bring public on the TSX-V exchange.  He previously served as Senior Optoelectronics Engineer in one of the advanced technology labs at Intel Corporation in California.  Matt was on the Board of Directors at CENGN for 6 years, where he served as the Chair of the Audit and Finance Committee.  He is also the Vice Chair of the Bachelor of Information Technology Advisory Board at Algonquin College.  Matt holds a B.Sc. in Honours Physics & Mathematics from the Royal Military College of Canada, and a Ph.D. in Engineering Physics from McMaster University.